Tie-down lashing is the most common type of lashing for road goods transport, since most loads are so wide that securing can only be achieved by vertical or slightly inclined tie-down lashing. However, the following prerequisites must be observed for tie-down lashing:


This list shows the disadvantages and limits of tie-down lashing: During tie-down lashing, the lashing equipment, the lashing points and the load itself are permanently exposed to a high lashing force. In principle, however, tie-down lashing only works if, as mentioned above, there is a sufficiently high coefficient of friction between the loading area and the load. Steel on steel, for example, is very unfavourable, which is why wooden supports, friction-enhancing mats (anti-slip mats) or similar are used to increase friction. Obviously, the loading area and the load must be free of oil, dirt and ice.


How is the securing effect being generated during tie-down lashing?

The actual friction force acting, also called the restraining force, is therefore made up of the proportion resulting from the dead weight of the load with G x µ and the part from the tension, which is calculated from the additionally applied tension force Fv x sin x µ. Both values together must be greater than the force with which the load tries to move on the loading area, i.e. 0.8 or 0.5 times the load weight:

FV = 7698 daN (total pretensioning force)
This can be used to calculate the number of loop lashings n required: 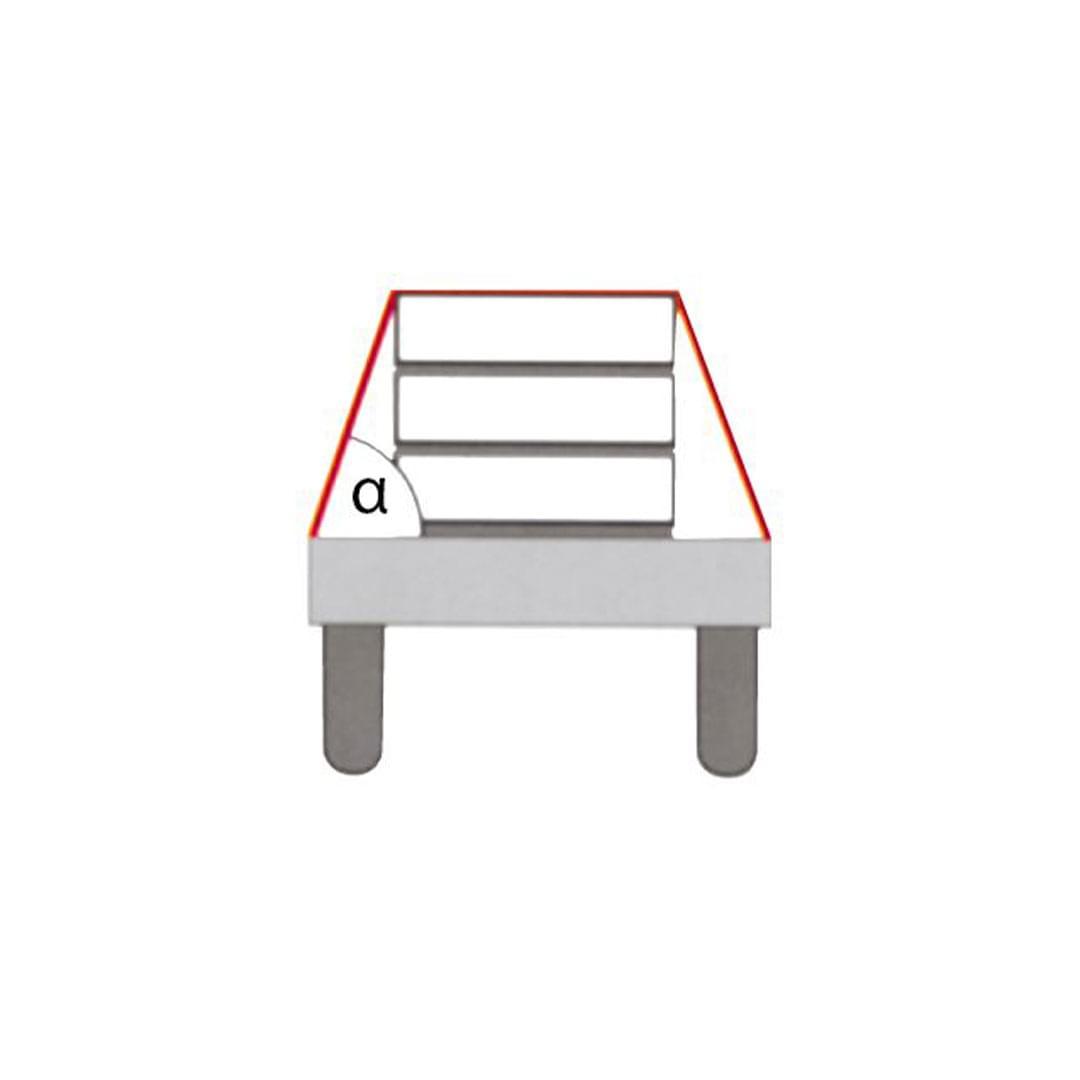 In the example, a RUD ICE lashing chain with a nominal thickness of 8 mm, with a STF of 2800 daN was selected.

Result: Two lashing chains of the above type are required in the loop lashing for the lashing process.